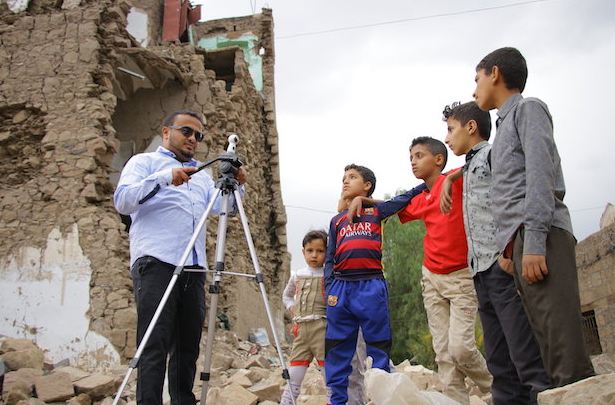 Emmy-nominated ‘Yemen’s Skies of Terror’ takes viewers into the heart of the conflict with powerful accounts from children on the front line.

Al Jazeera’s immersive storytelling studio Contrast has been nominated for an Emmy award for their use of virtual reality and 360 cameras to capture intimate and moving accounts of the ongoing war in Yemen.

Yemen’s Skies of Terror follows three Yemeni children as they tell their stories of life and loss of loved ones in the conflict zone, with virtual reality placing the viewer in a landscape of destruction and devastation.

Since AJ Contrast started almost three years ago, the five-person all-female team has covered stories from across the ‘global south’, including Brazil, Malaysia and South Sudan, using 360 cameras to tell compelling stories in areas often neglected in the news cycle and where people are unable to go.

Although some news organisations have moved away from VR filming due to the cost of distribution and the limited use of VR headsets, Aala Abdullahi, engagement producer, AJ Contrast, believes that the medium provides a platform for more powerful and impactful filmmaking than traditional cameras.

As well as making the stories feel immersive, it was important to include Yemeni local storytellers.

“The media coverage of Yemen often lacks a deeper and more nuanced perspective and so we wanted to do the story justice,” she explained.

“We wanted to tell the story from the perspective of people who are living through the war on a daily basis and looking at it in an authentic and genuine way.”

To achieve this, they sought the help of freelance journalists in Yemen to not only source compelling stories but also a Yemeni musician to compose music and a Yemeni illustrator to create drawings.

Ahmad Algohbary (left), one of the local journalists AJ Contrast worked with to produce ‘Yemen’s Skies of Terror’

The documentary also featured a range of statistics, provided by the Yemen Data Project, to provide a sense of the sheer number of air raids that had hit Yemen since the conflict started in March 2015.

Since the film was released in March last year, the team have produced a sequel focusing on the lives of two mothers caring for their children in the midst of the humanitarian crisis in Yemen.

‘Determined for Hope: Manal al Amal’, filmed by two Yemeni journalists, follows their children’s treatment for malnutrition over the course of a month amid the ongoing conflict.

Producing both films raised challenges, in particular, the lack of signal in Yemen. Patchy internet meant uploading short footage took hours and the team also had to translate their 360 filmmaking manual into Arabic, which was sent via messages and calls on WhatsApp.

Abdullahi said that the work by the members of the AJ Contrast team who come from different countries shows the importance of greater diversity in the newsroom. She called on other newsrooms to hire a wider range of voices and ensure they feel included within the organisation.

“If you want to tell stories from different areas of the world that you’ve never been to, it’s important to have diverse voices represented on your team. 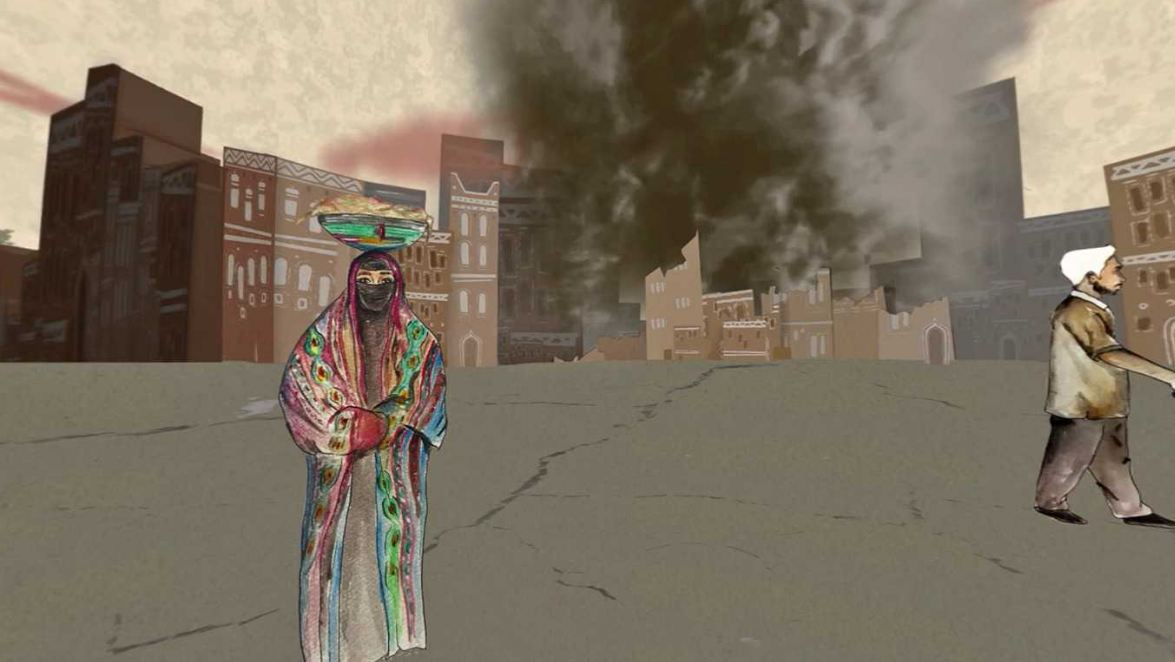