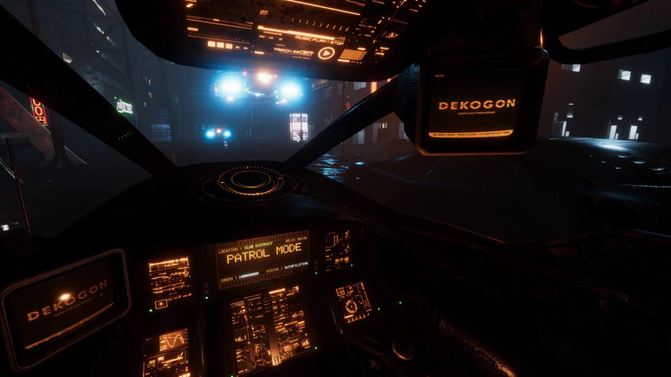 Enter LOW-Fi, the spiritual successor to the critically acclaimed TECHNOLUST.

Welcome to the next generation of Cyberpunk virtual reality. Patrol the streets and the skies, solving mysteries, fighting crime, or giving in to corruption and your own desires. The choice is yours. 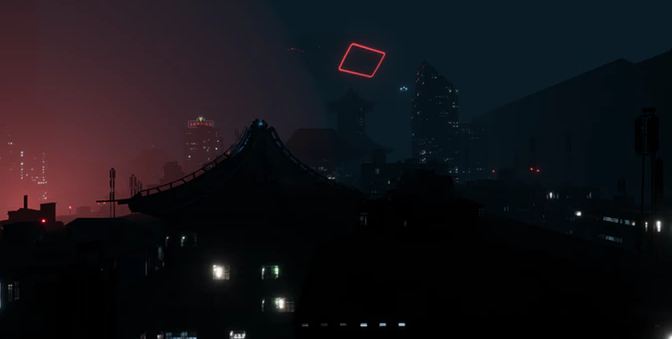 LOW-FI is the street name given to those who cannot merge with The Platform, a ubiquitous virtual reality simulation where most of the population now live their lives. You are a low-fi police officer that has recently been transferred to a particularly crime ridden section of city-block 303. The only inhabitants of note in your jurisdiction are other low-fi, and human intelligence (or below) artificial life forms who have remained among the citizens after the AI singularity.

Somewhere, there is a crime happening. You’re the law around here, what’s your idea of fun? There’s plenty to keep you occupied. From investigating the death of the man you’re replacing as sheriff to the “white collar” crimes and petty street stuff. It’s up to you what you allow, and who or what you pursue.

Officially, almost everything the low-fi do is a crime. Meme-punks hacking ad-boards to show their dissent, crypto-kids hijacking everything with a CPU for monetary gain. Maybe you can get a piece of that… You could use the extra creds.

It’s rough out there, but there’s still fun to be had.

You could hit the arcade… maybe the casino… shake somebody down, or just play some games.

“Robo-sexuality” has been outlawed… even between consenting, sentient beings. Low-fi lovers forced underground. You could look into that…

You ever wonder what it’s like on the other side? I mean, what’s happening on The Platform? Is it the Utopian dream the media says it is, or some kind of nightmarish brave new dystopia?

Maybe you can to find out… maybe you’re happy just getting by out here. You’ve got the run of the place. I’m sure you’ll do what’s right…

The emphasis is on exploration and character driven stories. Like a holodeck program, the player is free to explore the city, further narratives, or just hang out in the arcades and back alleys spending their hard earned credits.

Moral grey areas can be explored via player choice in most situations through actions or dialogue trees. You can for example chose to take a bribe rather than arrest a criminal, or even frame a third party for personal gain. Who’s going to stop you?

You are free to fly around your entire jurisdiction (section 303). Credits are awarded during your shift for both time and for duties (busts, etc.). Credits can be used at black market shops, dark web delivery systems, vending machines etc., for anything from ship upgrades to bribes or just some decorations for your capsule apartment.

We want LOW-FI to feel like a real world. Completely non-linear and open ended with plenty to see and do.

We have already implemented many locomotion and comfort mechanics to the game to suit most player VR preferences. The ship flights sections have various tunneling options as well as control fine tuning.

Ground based methods include:

THE STATE OF THE GAME:

We’ve already spent a lot of time fleshing out the world of LOW-FI using only the profits from our previous title TECHNOLUST. There are already many dense areas to explore and an entire city to patrol. Most of the work has gone into nailing the cyberpunk atmosphere and getting the basics in place. We’ve learned a lot over the past 6 years of VR development and think that now is the time to take things to the next level.

Right now, you can fly over the entire city with all the major PC VR hardware.  Many of the key systems are in place. Many locomotion and comfort options are in place. There’s some gunplay, a drone companion that follows you through the streets as your A.R. HUD highlights points of interest and information about your surroundings. 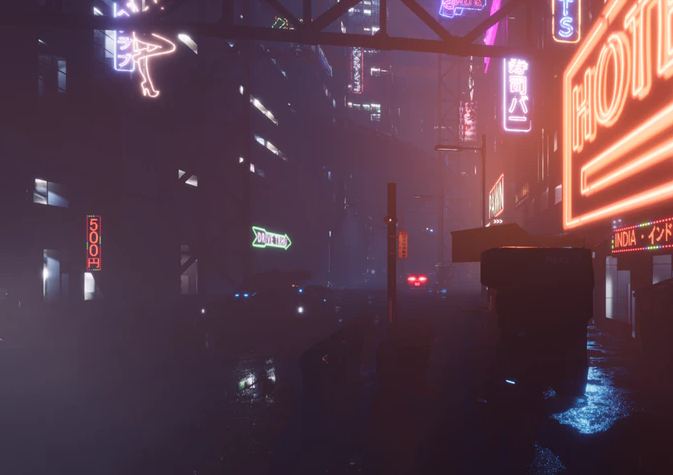 Now is the time for YOU to step up and bring the next generation of virtual reality to life. With your pledge, not only will you get immediate access to the world of LOW-FI on the VR platform of your choosing, but you’ll also become part of the history of the future.

VR is in desperate need of lush worlds for players to explore. The time for tech demos and mini games is over. It’s time for VR to start fulfilling its true potential. The potential shown to us in the great Sci-Fi works of the past and present.

The more funding LOW-Fi receives from Kickstarter, the closer we will be to the cyberpunk holodeck future we’ve been dreaming of for years.  With extra funds comes more content, higher quality sound, art, animation and talent. Help us bring VR to next level. 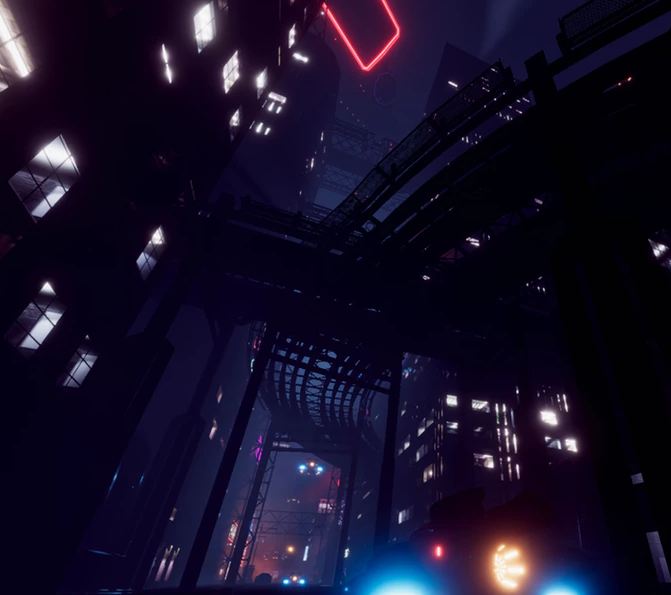 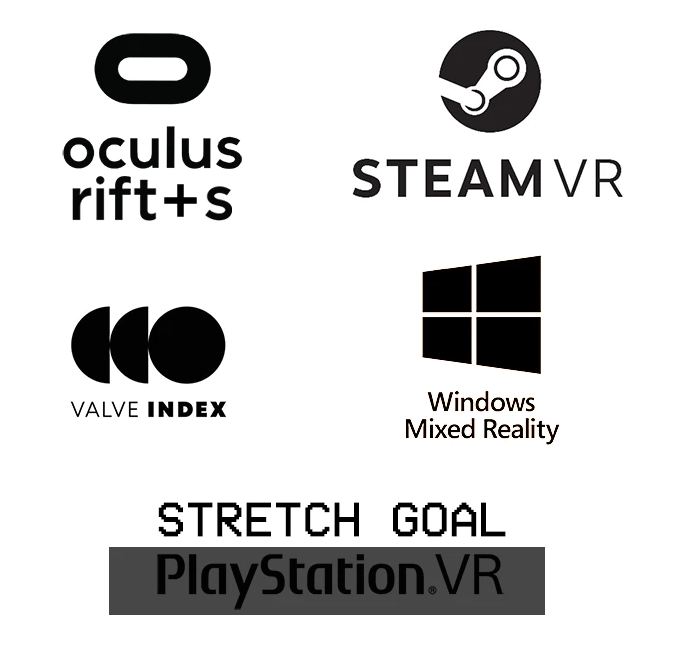 Music and atmosphere are very important to us. As with our previous title TECHNOLUST a lot of attention is being paid to getting things right. The main soundtrack is being composed by SECRET SIGN, an amazing synth-pop band who is already featured in the teaser trailer.

The background atmospheric score is composed by BLACK_ using an array of vintage analog hardware to give the perfect mood to every scene and story point.

We’re also reaching out to many other talented musicians that we feel have the right stuff we’re looking for. Specifically, dopeness.

We’re currently in talks with GUNSHIP to to a track or two:

The world is coming together beautifully, but the real meat of the world is content. Content that requires more than one passionate developer working in their free time can afford. With the funding from Kickstarter we will be able to pay the skilled help we need for things like AI programming and custom character animation. The more funding we can achieve, the more content the game will will have. There are hours and hours of crimes, situations and stories written and ready for you to discover, but we need your help to bring it all to life.

Blair is an industry veteran of over 23 years. From early PC titles like Grand Theft Auto: London 1969 and Quarantine 2: Road Warrior, to handheld games like N++, to award winning VR titles like Technolust and the David Cronenberg “BODY/MIND/CHANGE” experience.

Blair leads the team with his art direction and sound design aesthetics inspired by the great cyberpunk, noir and sci-fi works like Blade Runner, Robocop, Outland, Alien and beyond.

Mark is a leading developer in the VR industry with over 7 years VR & NUI development experience as well as 10 years of experience in software development.   He has been working in VR since before the DK1 Kickstarter and has released several critically acclaimed titles such as Gravity Lab (Oculus Touch & Windows Mixed Reality Launch Title), Nighttime Terror (Gear VR Launch Title), Nighttime Terror Dessert Defender (Vive Launch Title) and Technolust (Rift Launch Title). He also created SideloadVR, an early GearVR sideloading platform. Mark has won several awards in the VR industry, including a Proto Award of the Virtual Reality Foundation.

Before jumping into VR Nick worked for a decade as an Animator, Director and Editor with a diverse range of clients in Film, TV, Games and Marketing.   He set up Fire Panda to explore exciting new areas of VR storytelling, games and interactive projects, including Apollo 11 VR, Windlands, and Dispatch. He has also works with other creators, such as Felix and Paul, Daniel Earnst and Mashmallow Laser Feast.

Since first putting on the Rift DK1 Noah has been obsessed with VR, as both a fan and developer. Years of working on PixelGod and constantly experimenting with the possibilities of VR have taught him vital lessons about the unique challenges of Virtual Reality.

There is almost no risk to you as a backer. Not only does our team have multiple shipped VR titles (some on kickstarter), but you will also be given immediate access to the development build of the game.

That said, game development (VR in particular) is a very complex and expensive endeavour. Everything from animation and design to acting and shader coding requires highly skilled and technical labor, which is not cheap. So, more funding achieved by this campaign means more quality content in the final product. Though, as stated above, we’re sure that you will be pleased with the results in any case. 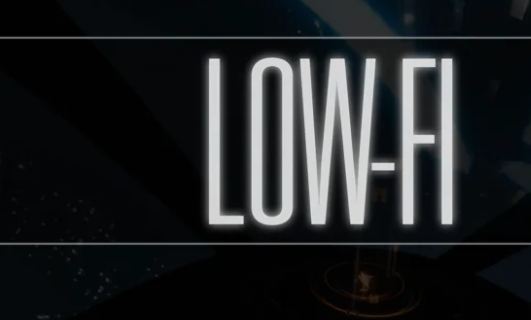