Nintendo Switch VR Headset Is In The Works

Nintendo Switch VR Headset Is In The Works 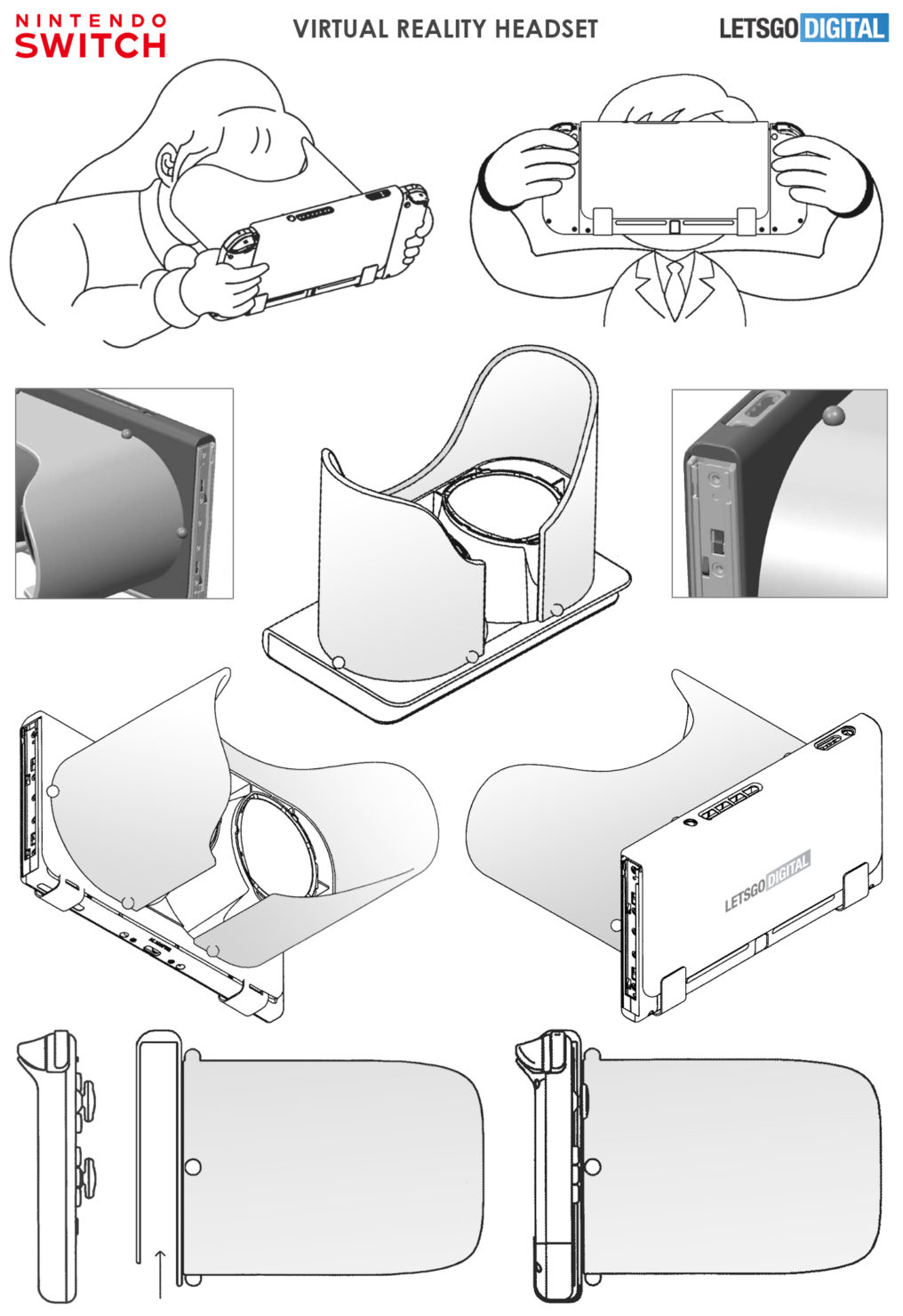 The Nintendo Switch console received some form of VR support with the introduction of the Labo VR Kit, but it seems like the Japanese company is currently working on something new that will introduce proper VR support.

Let’s Go Digital recently discovered a new patent that has been filed in late August which describes a Nintendo Switch VR headset that is supposedly in the works. The patent also describes how it works, and it seems like it can only be used in undocked mode, as it is physically attached to the Switch. It also features no headband like the other VR headsets on the market, so it’s highly likely that it cannot be used with console inserted into the dock.

The patent also reveals that the VR headset will come with two speakers on the light and left to play audio and that the Joy-Con controllers can be attached to the console.

As already mentioned, Nintendo introduced some sort of VR support to the Nintendo Switch with the Labo VR Kit.

Nintendo Labo: VR Kit: Available at a suggested retail price of $79.99, the complete Nintendo Labo: VR Kit includes the Nintendo Switch software and materials to build all six Toy-Con projects – the Toy-Con VR Goggles, Toy-Con Blaster, Toy-Con Camera, Toy-Con Bird, Toy-Con Wind Pedal and Toy-Con Elephant – as well as a Screen Holder and Safety Cap. It’s a good option for kids and families who want to dive in to the full experience.

The Nintendo Switch VR glasses have yet to be announced by Nintendo, so very little is currently known about them. We will keep you updated on them as soon as more come in on it, so stay tuned for all the latest news.