Get Teased By A Small Child In This VR Game

Get Teased By A Small Child In This VR Game 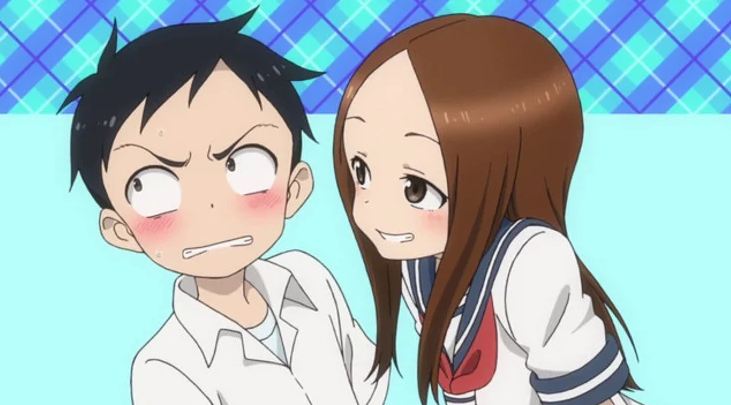 Have you ever wanted to get teased by a school child in a somewhat flirtatious way? Hopefully not, but nevertheless there’s a video game for everything these days. A crowdfunding campaign hopes to raise enough money to produce a “VR anime” based on the series Teasing Master Takagi-San. If the campaign succeeds, players will be able to enter the VR classroom of the show and be subject to Takagi-san’s teasing in person.

Teasing Master Takagi-San is a manga series about two classmates named Takagi and Nishikata. Takagi has a crush on Nishikata and expresses this by teasing him. The series followed their day-to-day lives as he tries to get back at her with little pranks and challenges, only for her to end up turning the tables. It’s an adorable, innocent take on a slice-of-life romance. The anime adaptation is currently in its second season. It seems the popularity of the anime led to the decision to make a Takagi-San VR game.

However, the decision might not be that of the actual official producer. Instead it looks to be fan-driven, as funds are being raised through Japanese crowdfunding site Makuake. According to Anime News Network, the people behind the crowdfunding campaign are looking to raise 15 million yen for the project. That’s around $140,000 US dollars. If raised by October 10th, the money will go towards making an Oculus version of the Takagi-San story.

Players would play as Nishikata and see important events from the manga and anime through his eyes. When phrased that way, it actually sounds like a good idea. The dynamic between Nishikata and Takagi is the show’s key feature. Considering that, bantering with Takagi in person makes a lot of sense. It might even let some players experience those heart-pounding moments more closely.

The issue, of course, is that these are very much young students. Takagi unmistakably looks like a child. So experiencing a romance with her first-hand in VR seems a little sketchy. Unfortunately, there’s a precedent in anime for both sexualizing young characters and embracing fans who do the same. As long as it sells, we’re bound to see more products like this.