Star violinist, dancer and singer-songwriter Lindsey Stirling performed her first virtual reality concert in the VR club The Wave.  During this concert, Stirling was transformed into a lifelike avatar on the virtual stage. An XSens 3D Motion Capture suit and Manus VR Gloves captured her real moves and then transferred these to her virtual alter ego in real-time. This made it possible for her virtual image to move and dance as if in a real live concert and it a delivered a very powerful presence in virtual reality as seen below:

On August 26th, Stirling gave a one-of-a-kind virtual reality performance to a live crowd of 400,000 viewers drawn from all around the world. The live concert was staged by the VR Club “The Wave” and the show provided much more features and props that would not be practical or even possible in a real concert performance. The audience was transported into subterranean caves, cyberpunk cities and multiple other environments. The performance even included much fancier costumes and atmospheric visual effects. The concerts brought out a lot of ideas and visual effects that would not be possible in the real world.

The concert was watched by more than 400,000 viewers spread across various standard 2D platforms including Facebook, YouTube and Twitch.  Users were also able to watch it in the Wave Club using virtual reality headsets such as SteamVR and Oculus-compatible headsets. Those viewing the concert through headsets appeared as in-game avatars next to the “stage” in front of Stirling or in the form of tiny stars hovering above the action.

The names of the virtual reality users along with their comments appeared as tiny stars in front of the stage. Stirling engaged and had a chat with her fans in between her performances. Question asked by audience members and her answers to the questions were shown as text messages over her avatar’s head. Stirling did not wear any virtual reality glasses during the performance.

The concert was hosted by the online music platform Wave and lasted 1 ½ hours. The performance entailed a spectacular combination of live music as well as choreographed dancing as Stirling performs various tracks from her latest album Artemis.

Stirling takes up the role of the goddess Artemis, who is the goddess of the moon as the well the main protagonist in the album.

The performance leveraged the power of the Wave platform. The visual backdrop used was just as compelling and it synchronized beautifully with Stirling’s music and dance moves. Throughout the performance, the virtual reality world changed dramatically immersing Stirling and her audience into different worlds including serene caves, cyberpunk cities and various other abstract scenes. Each of these scenes corresponded to every one’s of Stirling’s action.

More musical acts will certainly make it to virtual reality in the future as musicians start embracing the technology and as platforms such as Wave expand and grow their user-base.

You can listen to Lindsey Stirling’s latest album Artemis on Spotify and Apple Music. The video below shows Stirling’s full performance 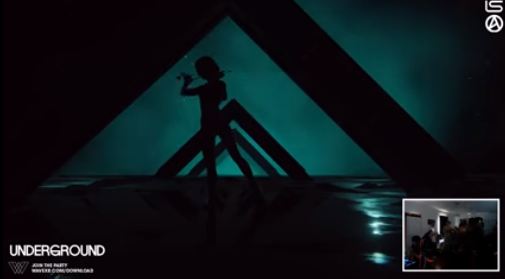